Rare but routine (or vice versa)

As you know we’re not transcribing all the documents in the Measuring the ANZACs files. We’re concentrating on the pages that give our research group, and other researchers including family historians, the best return on our collective time (thank you for transcribing, we really appreciate it).

The documents we’re transcribing are routine, they’re found in nearly every file. Excepting the South African files, which have a structure all of their own, the most common set of documents in the files are the History Sheets which come in two forms.

This is the most common

The numbering suggests that the top version is the later and more widely used one.

In the same way we have two versions of the Statement of Services, one like this (the later version)

and another like this from earlier in the war

Nearly all files have an attestation (and sometimes two copies), but they don’t tend to be found in officers and nurses files. 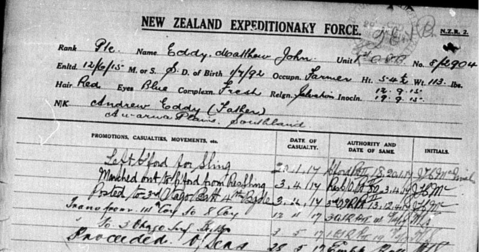 What’s interesting to us are the forms that seem routine, but don’t show up in many files.

One of our transcribing forces, 141Dial34 who’s become a community moderator found this document recently. It’s a report on casualties issued in October 1916. Unremarkable in many ways, but look at the second row. It’s Casualty List No. 422. Lists are just ordinal, and so could start at any number. But typically people who are not mathematicians start lists at 1. 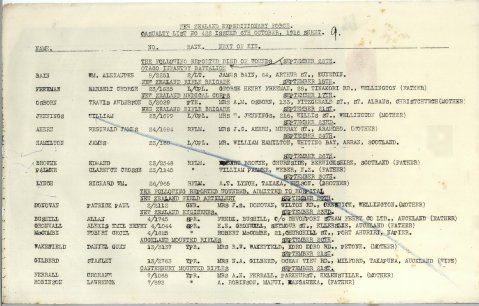 Why don’t we see these lists in more files? One reason would be that they’re duplicative when they appear in individual files. Our partners at Archives New Zealand appear to have a collection of more of these lists.

Here’s another example just posted today. It’s an age declaration. We know that about 10% of the men who tried to enlist were “adjusting” their, typically two years upwards. This looks like a mimeographed piece of text (the purple lettering is a giveaway), so this was probably done multiple times. Why don’t we see more of them in the files? 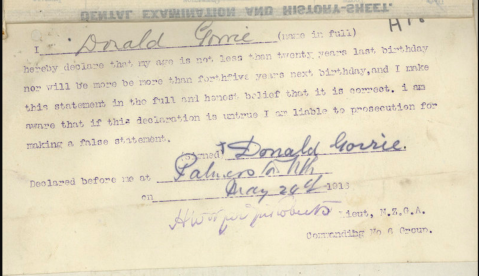 If you’ve worked with archives you’ll know that not everything is saved. Some pieces of paper are thrown out because they’re routine, or they are seen to have little value. The survival of some of these documents in some files hints at the culling that’s occurred, and what might have been the full record.

If you find something different, use the Discuss this personnel record link to bring it to Talk. It builds our Measuring the ANZACs community, introduces you to others who are transcribing, and helps research. We’ve started looking at the POWs after some examples were brought to our attention on Talk. We also love to share your finds with a wider audience on social media. Your chance at fame.

As always, thanks for all your contributions to the Measuring the ANZACs community and effort.